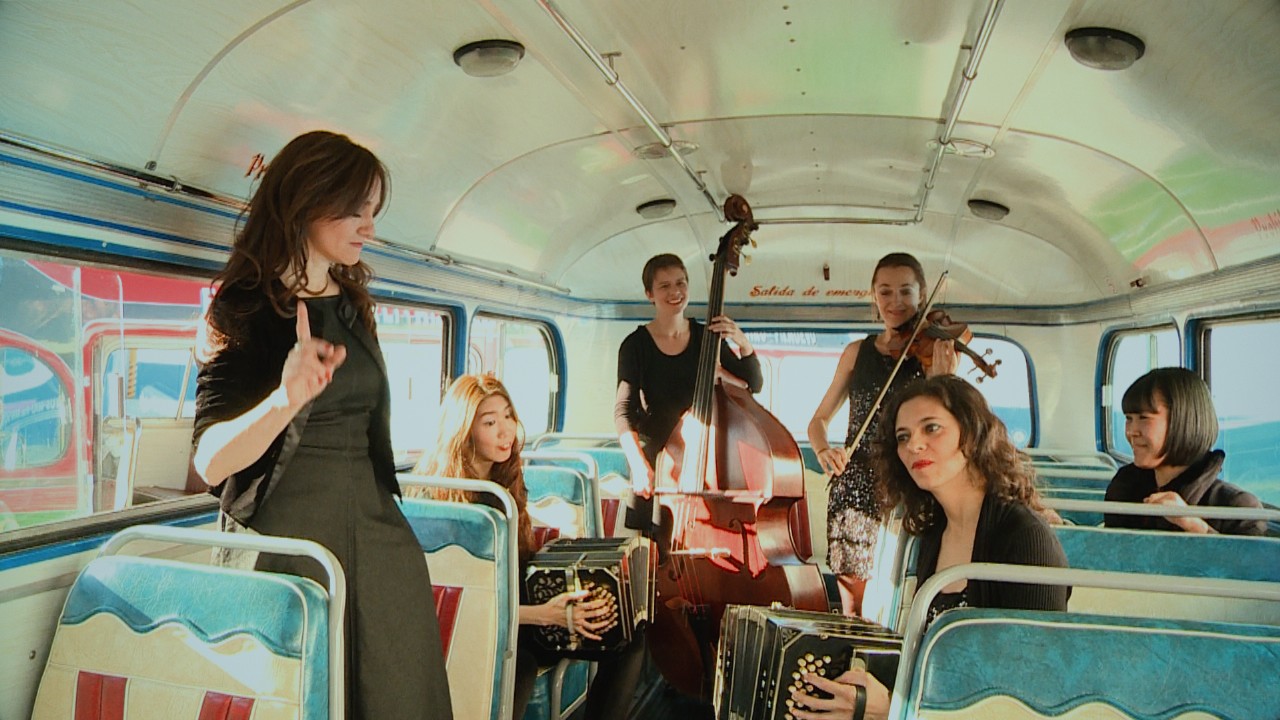 SCIAMMARELLA TANGO is an all-female orchestra formed by musicians coming from different countries who settled in Buenos Aires for love of tango, and who simultaneously play in the most renowned symphonic and tango orchestras of this capital city. Since its creation in 2013, Sciammarella Tango has become the only research-tango-orchestra in Argentina, rescuing tangos of the past that had never been recorded, and were thus lost. An example of this work is “Lutecia”, a masterpiece by Virgilio Expósito and Héctor Stamponi, recorded for the first time in the album “Tangos franco-argentinos” (2018). This album is consecrated to the connection between France and Argentina through tango, in a time arch that goes from “Mimi Bohème” (the 1909 French version of Villoldo’s “La Morocha”, with paroles françaises by Léo Lélièvre) to “Esperando el 24” (a 2015 tango composed by two members of the orchestra, Denise Sciammarella and Cindy Harcha, in 2015) preceded by verses of the French poet Alphonse de Lamartine. The latter tango lyrics are dedicated to the Argentinian buses called “colectivos” and associated to a clip which was filmed with Sciammarella Tango on board of a 1960s colectivo (1). A second clip associated to the album, “Luces de París” was filmed in Paris, near Notre Dame de Paris before the fire (2). “Tangos franco-argentinos” includes tangos with paroles françaises by Denise Sciammarella, such as “Mañanitas de Montmartre”, “Madame Ivonne”, “Cien barrios porteños”, “Comme il faut” or “Claudinette”. Sciammarella Tango is declared of cultural interest for the city of Buenos Aires since 2016.